A follow up I wrote to “Pantheism, a collection of quotes”

I shared part 1 widely and quickly realized that what I had meant as a simple introduction to the philosophy seemed to create at least as many questions as it attempted to answer. I submit “part 2” as an attempt to elaborate on some of the apparently more elusive concepts.

“Is pantheism just another label for atheism?” That depends on how you define “atheist”. The dictionary very simply states that an atheist is “a person who denies or disbelieves the existence of a supreme being or beings.” As pantheists do not subscribe to a belief in anthropomorphic “god” concepts or that of holy information revealed by supernatural powers, then indeed, atheists and pantheists are much alike. But is atheism also a denial that there is anything divine or worthy of ultimate reverence? Pantheists believe that nature, the entire universe, is an object most deserving of such feelings of humility, awe, wonder, and reverence.

ALL humans have the *capacity* for such feelings. That does not mean that all humans actively seek these feelings or that they attribute any special significance to the experience of those feelings, as of having importance in their lives.

Certainly some do. Certainly many more must have such experience at varying times throughout their lives. Perhaps pantheism provides an objectivity in regards to such experience; a target for which we may *chose* to aim. A goal to consciously and actively pursue.
Atheists have a lack of belief in god or gods, but is this also a denial that such belief is a fundamental attribute of human nature, of civilization, and that even today it may hold some intrinsic value for people? For true atheists, no, it shouldn’t be. A failure to appreciate this attribute of the human experience, or even outright denial that it exists at all is more in line with anti-theism, which is a conscious and deliberate opposition to theism.
While the anti-theists may occasionally make a good argument, especially when viewed in the context of centuries of human bloodshed that has been committed in the name of religion, there are still reasons beyond desperate longing for answers and ignorance in the ones that are given why someone might feel compelled to make room in their lives for a personal, spiritual aspect of themselves.

Human spirituality has been with our species long before the first church was built and the first holy revelation was committed to papyrus or stone. From the most primitive superstitions and instinctive fear of things that go “bump in the night” to the modern social networking to be found in organized religion, spirituality has arguably been one of the key building blocks of society, written language, and in establishing a code of ethics. To the group it can provide a commonality upon which a sense of communal well-being may flourish. To the individual, the benefits of being part of such a community can be expressed in better health, more opportunity, and a mutual sense of inclusiveness…

And yet it’s true that many modern theists seem all too ready to impose the social values of their particular communal spirituality upon those of their neighbors, even going so far as to lobby legislation, or even to committing violence against those who’s beliefs (or lack of) disagree with their own. That many conventional “faiths” are based in infallible scriptures only makes things worse, for a believer is typically asked to put the ‘word’ above logic, beyond question, out of the reach of compromise and mutual understanding.

As a pantheist I acknowledge a spiritual facet to the human experience, often manifested historically through religion. I recognize a perennial value in this, if at the very least as having value in terms of social survival. Pantheism is an organizational philosophy that strives to assist one in experiencing and growing the spiritual aspects of life, that is elastic and transparent, and yet offers the suggestion of guidance… and most importantly,

without any insistence that one follow it. For myself at least, it is an awareness that by actively cultivating such experiences, through exploring a hunger for deeper understanding of the universe and the natural world as expressed by science, for pantheism is perfectly and completely compatible with science, that my capacity to develop feelings of awe, reverence and even love for that which I find, becomes stronger, more resilient, and easier to access in my day to day life. In a nutshell, pantheism is the cross-training regiment I use to strengthen my ‘spiritual’ muscles. I use insight as revealed by science, logic and reasoning, to refine and cultivate a personal sense of spirituality.

Perhaps the simplest way to think of it is pantheism as being atheism with direction, with a purpose; to help one actively develop this spiritual aspect. The most diaphanous of philosophical frameworks and yet, at least for the pantheist, much more than having none at all.

“A religion old or new, that stressed the magnificence of the universe as revealed by modern science, might be able to draw forth reserves of reverence and awe hardly tapped by the conventional faiths. Sooner or later, such a religion will emerge.”
― Carl Sagan, Pale Blue Dot (1994)

This meme was used as a counterpoint to mine, in a discussion that devolved into a debate about atheism vs pantheism: 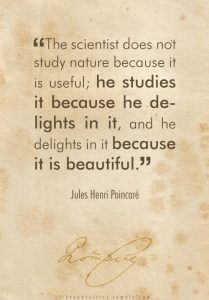 I love that quote! And it’s true! Further it’s the reason that some scientists are pantheists and vice versa. What is lost in that sentiment is the reality that most “scientists” devote a majority of their time in the study of a narrow field.
I know I make generalizations when I say this but while a botanist may find joy in watching a flower bloom is that same joy to be found, for him/her, in the growth of a crystalline lattice? Does the oceanographer, full of awe and reverence at being far out at sea, seek the same experience in a string of ants crossing the sidewalk under his feet?
A layman with an interest in science in general has the luxury of sampling any and all scientific discoveries and may even find a devotion in doing so, without the prerequisite of any serious expertise.
Many pantheists view scientific knowledge and discovery through a broader lens than the specialist because the pantheist seeks what all the different fields, all the different aspects of nature have in common. Reveling in the same understanding as the secular layman, the pantheist exercises a spiritual facet of human nature deliberately, and becomes stronger.
Can a layman experience this as well? Of course! But the secular layman, uncertain or unaware of any potential personal growth that may be obtained, may not pursue it so vigorously. And the theistic layman (theism other than pantheism anyway), may be held back by a discomfort in finding such emotional fulfillment outside of their proscribed faith… perhaps even bordering on cognitive dissonance.

Pantheism, for me, is all the benefits of actively pursuing a sense of spiritual growth, much like a ‘religion’, without the baggage of belief in supernatural beings, places, supernaturally obtained knowledge, or the divisiveness that inevitably comes along when one infallible belief conflicts with another.