That’s because pantheism is an idea about “everything” – and “everything” is different for every person. No two people will share the same concept of what “everything” actually means.

Yet, the abstract perception that the known and unknowns which we call “everything” are connected and divine – that broad and open idea about “divine unity” is shared by all who are considered pantheists.

Most would agree that a full grasp of “everything” is beyond our reach. Yet, some critics take a mystical and abstract phrase like “Everything is God” as a strict and literal claim. To do that, one must assume an attitude of certainty for what is actually a concept full of uncertainty. An attitude of certainty is one way people create strict dogmas and doctrines. This causes them to create and place themselves into different categories of certainty. They assume pantheism can be broken into categories in the same way. But this may be a misperception.

Since pantheism is a perception of “everything”, a strictly defined pantheism may take one toward an all-knowing view of everything and God – an extreme view that would likely include what you should do and how you should behave. That’s probably why no notable historical figure has ever taken an all-knowing pantheistic position. That would require one to claim that they know “everything”. Pantheism, as it has been demonstrated in philosophy and various traditions, claims no absolute awareness of everything or any special moral authority to create rules or commandments. Once that happens, it exits the realm of pantheism.

The God of pantheism is unknowable beyond what science and our personal understandings are able to reveal. That’s why categories of pantheism are subjective and never agreed upon by scholars. Many pantheists even avoid using the word God because it represents for them a mostly unknowable and impersonal idea. That’s despite the fact that pantheism is derived from the God concept.

If one prefers to believe in no version of God or divinity whatsoever, the appropriate word for that is still atheist. If one’s core belief involves the unity of natural laws, the closest words we have for that are monist, naturalist, or even scientist – words which can easily apply to many pantheists. If one’s core belief involves the divine unity of natural laws, the word we have for that is pantheist. Pantheism, naturalism, monism, and an appreciation for science are all similar except for what pantheism adds – the audacity of divine language and appeal to our deepest emotions as they relate to the celebration of natural laws. If naturalism, monism, and science are a lecture, pantheism is a song about the lecture. It is the shared inspiration and philosophy of many exceptional individuals, each who have a unique take on “everything”. 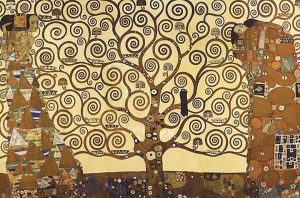