The word, “agnostic”, was coined in 1869 by Thomas Henry Huxley to help identify the position that humanity does not have the requisite understanding for the belief or non-belief of God. This humble view has since captured the attention of the greatest minds in recent history. Huxley explained:

“Agnosticism, in fact, is not a creed, but a method, the essence of which lies in the rigorous application of a single principle…Positively the principle may be expressed: In matters of the intellect, follow your reason as far as it will take you, without regard to any other consideration. And negatively: In matters of the intellect do not pretend that conclusions are certain which are not demonstrated or demonstrable.”

Today’s atheists find themselves forced to distinguish their ‘agnostic atheism’ with a primitive ‘absolutely certain’ religious atheism. Thus, pantheism has the same theoretical issue – an agnostic pantheism versus an ‘absolutely certain’ pantheism. The issue is only theoretical, however, because there are no notable individuals who have made a claim to an ‘absolutely certain’ pantheism. It would be absurd to claim absolute knowledge of the God of pantheism because that would be the equivalent of claiming absolute knowledge of everything, since everything is God for the pantheist. Pantheism is and has always been a fundamentally agnostic position.

Even Baruch Spinoza, who was unaware of the word agnosticism and who championed a rigorous pantheistic philosophy in the 17th century, found himself limited to an awareness of only two attributes out of an infinite number of possible attributes of God (or Nature). Thus, the concept, “Everything is God”, does not include a complete and certain definition of “everything” nor does it include a complete and certain definition of “God”, leaving open limitless possibilities. This makes pantheism agnostic to all kinds of speculations. Still, the word pantheism puts the focus of the word “God” toward the unity of the natural world; the here and now. In a sense, pantheism is a more carefully defined and focused agnosticism, where the question of an unknowable personal God is replaced with the question of an unknowable God that is everything, altogether. Many and maybe even most self-described agnostics are also pantheists. 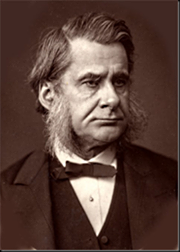 “She sees the order which pervades the seeming disorder of the world; the great drama of evolution, with its full share of pity and terror, but also with abundant goodness and beauty… ; and she learns… that the foundation of morality is to [be] done, once and for all, with lying; to give up pretending to believe that for which there is no evidence.”

Theologians in the past criticized a make-believe ‘absolutely certain’ pantheism that no notable pantheist has actually defended. The biologist Huxley himself, in briefly mentioning pantheism, mistakenly assumed that pantheism was a “Gnostic” (all knowing) rather than an agnostic position, like his own. Had he been aware that all notable figures who are considered pantheists are fundamentally agnostic and leave open possibilities, the word agnostic may have never been invented. But nevertheless it was, and helps further illuminate the perception of pantheism.