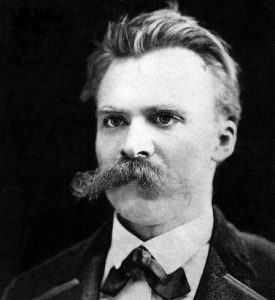 Atheism is the rejection of God.  But when faced with an advanced definition of God, things get interesting.  Pantheists reject the idea of a personal God.  However, pantheists believe that there is something divine about the perceived unity and natural laws of the universe, as revealed by science, and call that God.  Atheist author Richard Dawkins dismisses this view as a “sexed-up” version of atheism.  But many pantheists remain both intellectually and emotionally unfulfilled by atheism.  Albert Einstein, who believed in pantheist philosopher Spinoza’s version of God, said:

“[T]he fanatical atheists…are like slaves who are still feeling the weight of their chains which they have thrown off after hard struggle. They are creatures who—in their grudge against the traditional ‘opium of the people’—cannot bear the music of the spheres.”

Scientists and philosophers like Einstein, Sagan, Spinoza, Bruno, Emerson and others view the universe as working together in a kind of harmony, based on empirical evidence and modern science.  They view everything as one or unified, and that’s what divinity and a term like God mean for a pantheist.

Ironically, many atheists agree with the pantheistic view up until divine language is used.  It may only be a minor linguistic distinction for some.  But many “fanatical” atheists take the distinction very seriously and insist on accepting archaic definitions, rather than ‘sexing up’ their words in celebration of science and logic.  They ignore the limitations of language and insist on perfect descriptions of truth, similar to the theistic mindset. Or perhaps they find more comfort in arguing with traditional theism or, conversely, on trying to save those people from the traditional religious institutions of society.  But Friedrich Nietzsche warns people like this to stay away from tortured religious minds, lest they turn into one of them:

“…it is essential that the healthy should remain separated from the sick, should even be spared the sight of the sick so that they do not confuse themselves with the sick.  Or would it be their task, perhaps, to be nurses and doctors?  But they could not be more mistaken and deceived about their task… they alone are guarantors of the future, they alone have a bounden duty to man’s future.  What they can do is something the sick should never be allowed to do, how can they be allowed to be doctor, comforter, and ‘savior’ to the sick?”

In that spirit, pantheists avoid becoming slaves to other people’s limited definitions.  A pantheist is focused on a positive language of the future, with an interest in the words and direction of the wise.  God is a word too abstract to be monopolized by any one person or group.  It is an idea that does not go away (and is even engrained into our psyche, according to Carl Jung).  If pantheism “saves” anybody, it is saving intelligent people from monotonous words and an exclusively negative unproductive focus.  “What you resist persists,” said Jung and theologians like C.S. Lewis even suggest that pantheism is the greatest threat to organized traditional religion since it embraces the word God rather than denying and thus giving further relevance to an archaic personal god.

In summary, the distinction between atheism and pantheism has less to do with substance and more to do with linguistics, attitude, and focus.  The pantheist offers an advanced (“sexed-up”) worldview of divine natural laws for rational thinkers, while an atheist rejects (and perhaps still feels “the weight of their chains” of) the archaic views of irrational thinkers.  This is one way to consider the difference between these two perspectives, which paradoxically coexist for some individuals.

“[T]he fanatical atheists…are like slaves who are still feeling the weight of their chains which they have thrown off after hard struggle.” -A. Einstein